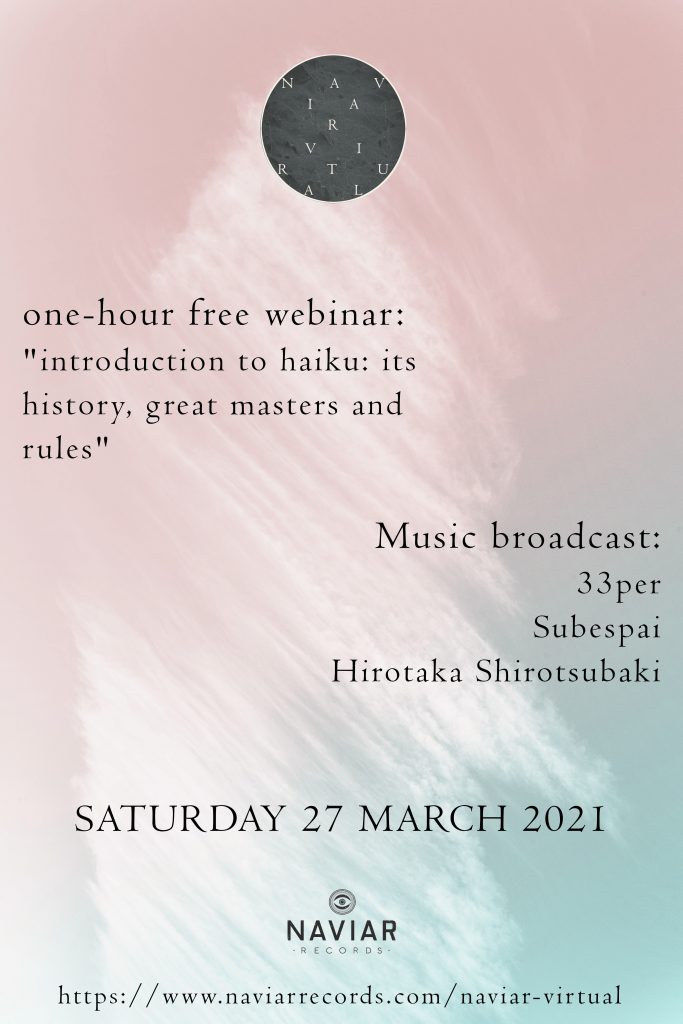 This is going to be our third fully digital event.

We’ll start with a free one-hour haiku webinar, followed by a series of music performances combined with a visual element throughout.

Performances will start at 9:30 AM (GMT) and can be streamed on our Youtube channel.

In this 1-hour webinar, we’ll analyze the rules for writing a haiku, its history and structure, how to add a Kigo (seasonal reference) and Kireji (cutting word). We’ll read and analyze poems, as well as learn how to write our own.

Jude Folkard and Jeff Smith are a duo based in Aotearoa NZ, exploring the aural
universe together.

Hirotaka Shirotsubaki (Japan)
An electronic musician from Kobe, Japan, He began his career in 2011. Taking inspiration from the natural surroundings in the suburbs where he grew up, his early music’s major themes were the city and nature. However, his later music tends towards the impersonal, allowing each listener to fit the sounds into the spaces of his or her life, attempting to link the ideas of memory and recollection into his music.

Subespai is Mauri Edo, a Sydney-based sound artist working with found sound, repetition and volume to explore and express complex thoughts and ideas on existence, society and the individual.

Naviar Virtual is supported by Sound and Music’s Composer-Curator programme.