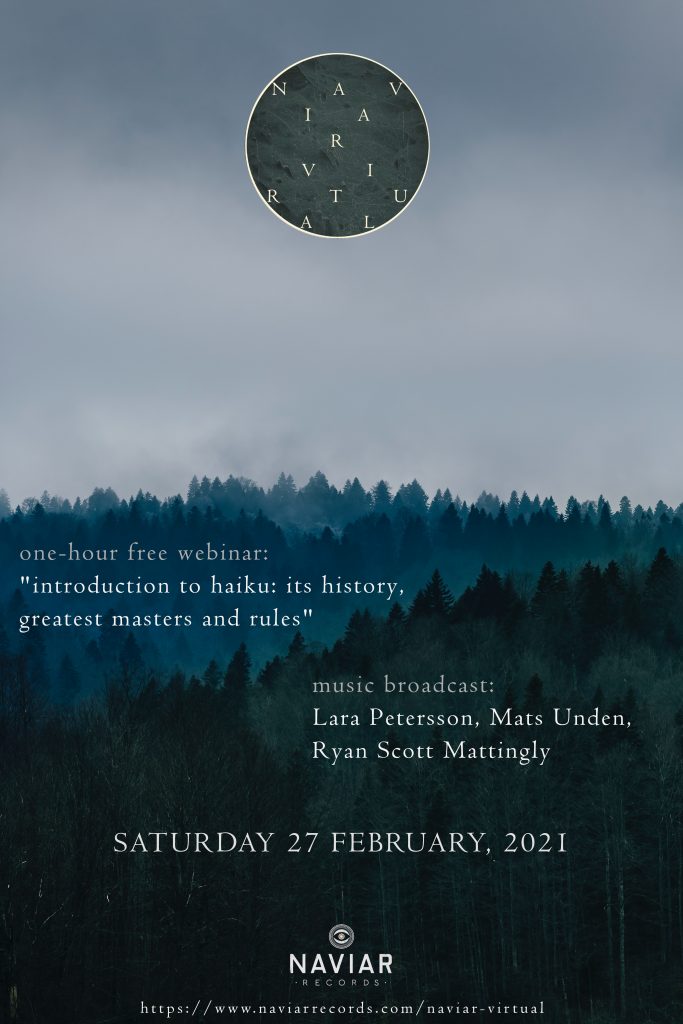 We’ll start with a free one-hour haiku webinar, followed by a series of music performances combined with a visual element throughout.

Performances will start at 8:00 PM (GMT) and can be streamed on our Youtube channel.

In this 1-hour webinar, we’ll analyze the rules for writing a haiku, its history and structure, how to add a Kigo (seasonal reference) and Kireji (cutting word). We’ll read and analyze poems, as well as learn how to write our own.

Moebius Void is the latest musical project of Lara Petersson and could loosely be described as instrumental ambient and avant-garde music with occasional veerings towards minimalism and darker abstractions. She was involved in music through internet radio and podcasts during the 2000s before deciding to produce her own material. Lara’s music can be heard in the Spanish independent movie “La Noche de Adán” (2012) and in Season One of the award-winning American series “Save Me” (2013-2014).

Mats Unden is a Swedish sound artist, musician, and experimental composer, based in Darwin, Australia. He creates minimal electronica, ambient, and makes noise, with a passion for analogue, modular and vintage synthesizers. Being a visual artist as well, some works end up in performances, videos and installations.

Naviar Virtual is supported by Sound and Music’s Composer-Curator programme.